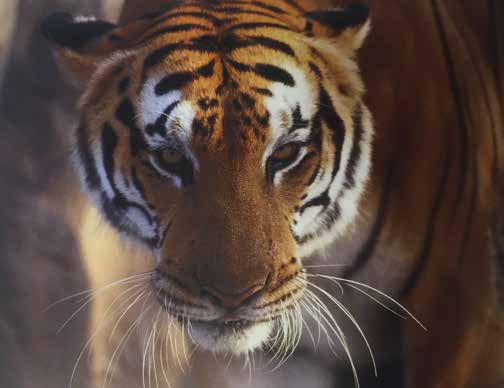 Mike spent the summer of 1981 at the Little Rock Zoo while his enclosure was being expanded from 400 to 1,100 square feet. Money for the expansion was raised from the LSU Student Government Association, the Athletic Department, LSU fans, and a fee of $2 per student.

In 1981, pranksters cut the chain to the outer door and the lock to the inner cage door of the enclosure, releasing Mike. LSU police called Dr. Bivin around 1 a.m. to tell him that Mike was in the middle of North Stadium Drive. He wandered into the Bernie Moore Track Stadium, where Dr. Bivin shot him with a tranquilizer pistol (it took three shots to sedate him). He was safely returned to his enclosure.

In April 1990, Mike developed a neurologic problem that resulted in mild lameness. In addition, he was getting on in years and was beginning to slow down. The Baton Rouge Zoo offered to take in the aging mascot. There he lived until his condition worsened, and he became severely disabled.

Mike IV was put to sleep on March 3, 1995. Mike IV was cremated, and his ashes are located in the Andonie Museum next to the LSU Alumni Association on LSU’s campus.