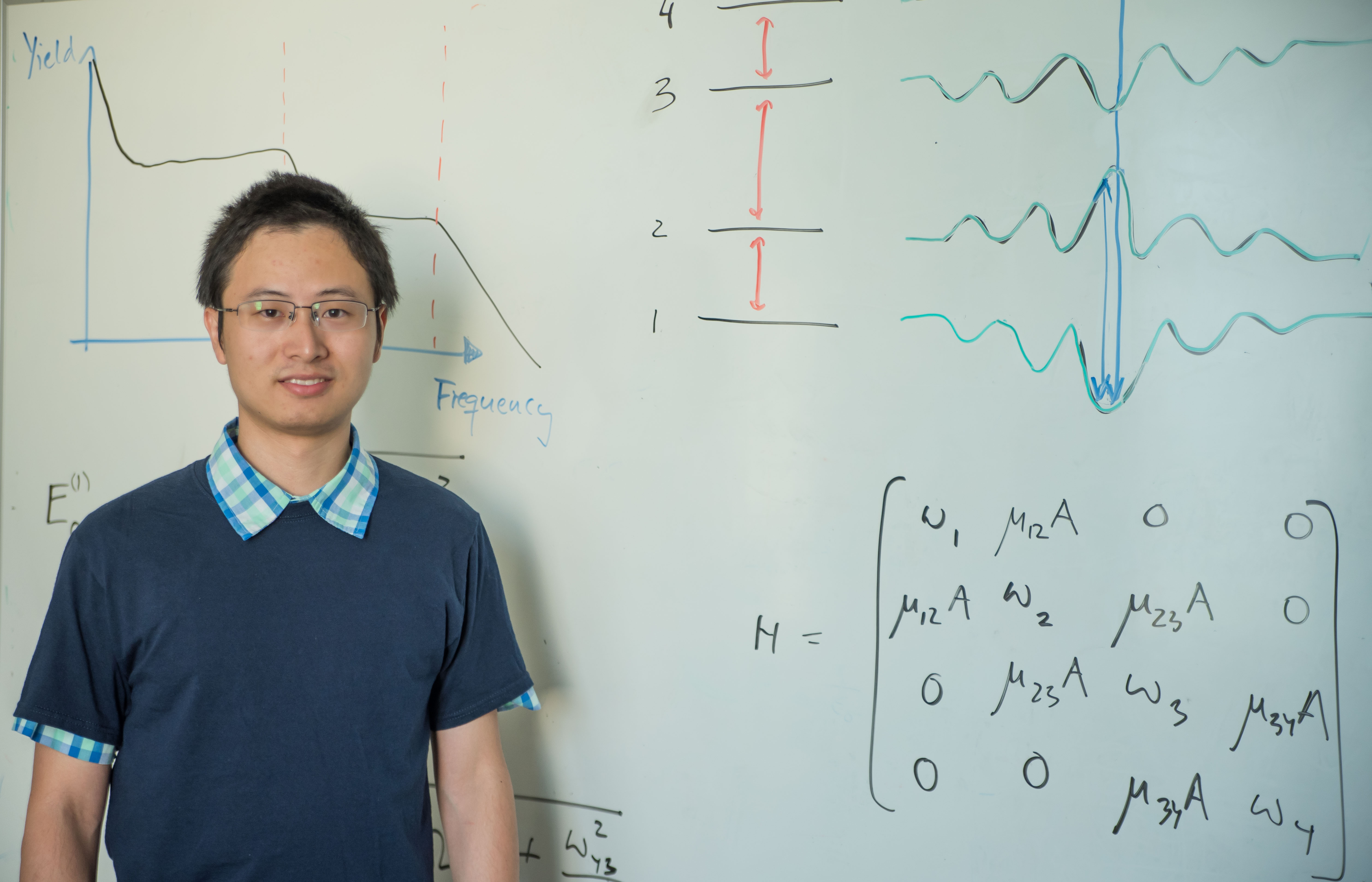 BATON ROUGE - How does a strong laser field drive quasi-free electrons in a periodic structure? A team of researchers at SLAC National Accelerator

Laboratory and Stanford University in collaboration with colleagues at Louisiana State University have directly compared the ultrafast, extreme ultraviolet radiation emitted by argon atoms when they are in their gas phase or in their weakly bound solid phase and found significant differences between them, as reported today in the journal Nature. The results yield new clues about how energetic electrons in a solid behave, and may yield new compact sources of short wavelength radiation.

Commercial laser systems provide table-top sources of ultrafast, high-brightness pulses of light, all the way down to the femtosecond limit set by their wavelength, which is in the infrared. But at shorter wavelengths, in the ultraviolet and extreme ultraviolet (EUV) spectral regime, things are much more difficult. For fundamental reasons first elucidated by Einstein, it is much harder to make lasers at these shorter wavelengths, which are useful for resolving matter at nanometer length scales and sub-femtosecond time durations. Over the past two decades scientists have, nonetheless, learned how to convert intense pulses of infrared laser light into short pulses of coherent EUV light. Using a process known as high harmonic generation (HHG) they produce laser-like short wavelength radiation by driving rapid oscillations of the electron cloud around each atom in a low-density gas. The highest frequencies emitted are limited only by the amount of energy that can be transferred from the strong laser field to the electrons. The HHG process in gases is well understood and widely used but suffers from low conversion efficiency.

The 2010 demonstration of this same HHG process in solid-state materials generated excitement about the prospects for making higher-brightness, compact EUV sources. “In the longer term, such solid-state sources could perhaps even lead to electronic devices that operate millions of times faster than current technology,” says David Reis, a co-author of the report and deputy director of the Stanford PULSE Institute, which is run jointly with SLAC. A team of theorists at Louisiana State University assisted in analyzing the experimental results.

The demonstration of HHG in solids has also generated great debate; in contrast to gas-phase HHG, the mechanism for solid-state HHG is not well understood. “We do not yet have a definite understanding of what sets the limit for the highest frequencies that can be produced in a solid-state HHG device,” says Mette Gaarde, co-author and leader of the theory effort at Louisiana State University’s Department of Physics & Astronomy. In a solid, electrons that absorb laser energy are promoted from the valence band to the conduction bands, but they are not free to move under the influence of the laser field as electrons in a gas are. Rather, they are constrained by the periodic crystal potential of the solid and can only assume energies available in one of the conduction bands. Greater understanding of HHG in solids would be useful for understanding basic questions like the maximum frequency limit, as well as for ultrafast probing of the structure and dynamics of periodically bound matter as it is imprinted on the emitted EUV radiation.

Answers to some of these questions and a few surprises have come from a new experiment devised by the team from SLAC/Stanford and Louisiana State University, and funded by the DOE Office of Science and the National Science Foundation.

The SLAC/Stanford scientists have made a direct comparison between HHG in the gas and solid phase of the same atom. This required the fabrication of very thin crystals of solid argon or krypton - the same elements used in atomic HHG experiments - something that is only possible at cryogenic temperatures. Comparing the solid and gas phase HHG under identical driving laser conditions they found that the solid-phase EUV emission extends to higher frequencies than that of the gas-phase. In addition the solid yielded an additional surprise: in a gas the highest frequency emitted is a smooth function of the driving laser intensity. In the solid the researchers found that the highest emitted frequency suddenly jumped at a critical laser intensity.

Comparisons with theory indicate that reason for this jump is that the strong laser field imparts energy to the oscillating electrons through step-wise coupling between multiple conduction bands. The higher-lying bands in a solid are a direct consequence of the “folding” of the quasi-free electron energy bands imposed by the periodic potential, and these results thus indicate that solid-state considerations dominate the process even in these weakly bound van der Waals solids. The development and application of the theory was done primarily by Mengxi Wu, a post-doctoral researcher at Louisiana State University, in collaboration with professors Mette Gaarde, Kenneth Schafer, and Dana Browne. Wu says “when we started, we realized that very little was known about strongly driven electrons in solids. It has been very exciting to be involved in learning so much so fast.”

More news and information can be found on LSU Physics & Astronomy website, http://www.phys.lsu.edu.