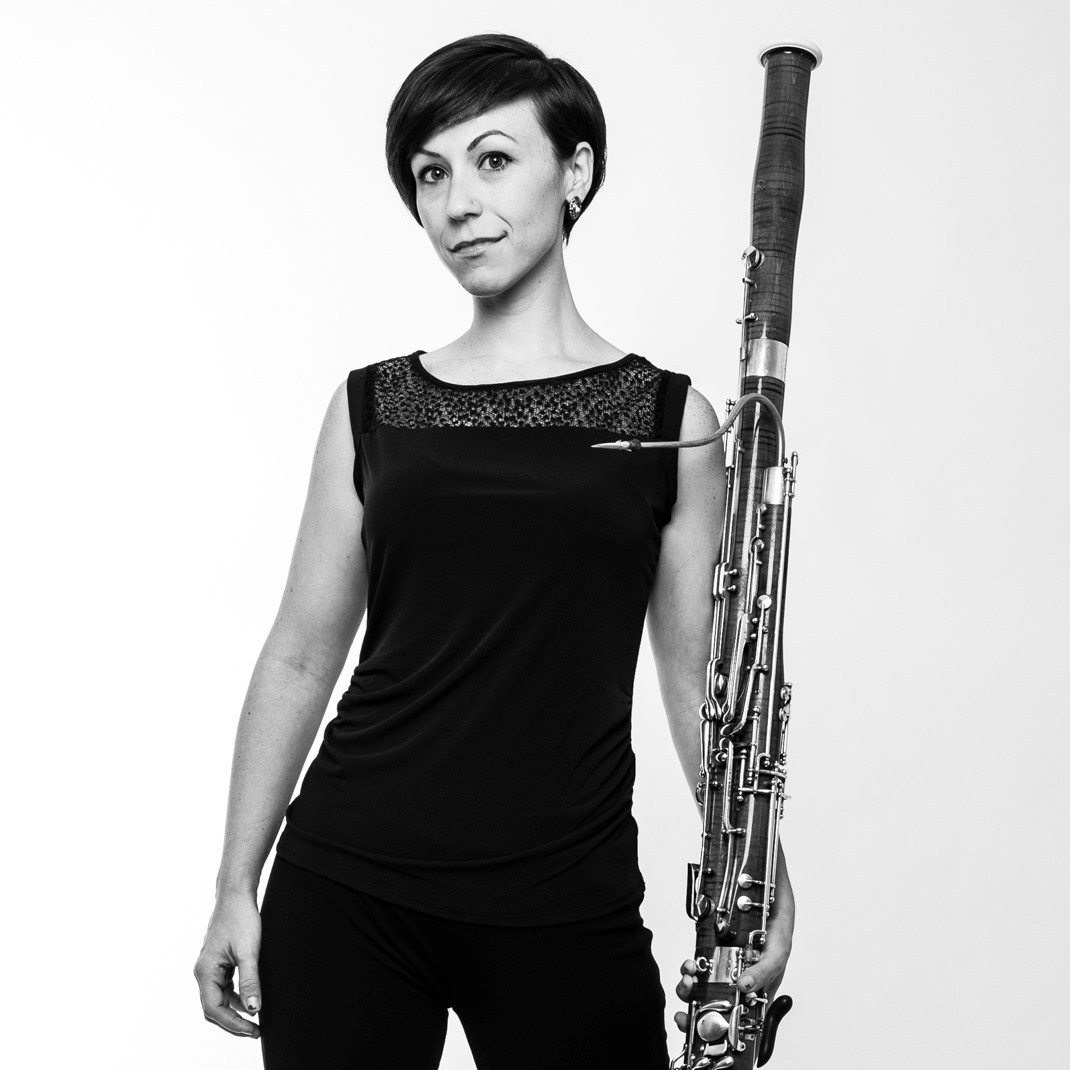 Bassoonist Nanci Belmont, praised as "outstanding" by the New York Classical Review, is a dynamic musician enjoying a diverse career as a performer, educator, and arts advocate.

Recognized for her artistry as a soloist, Nanci is the Second Prize winner of the 2016 Fernand Gillet-Hugo Fox Competition of the International Double Reed Society. She has appeared as a concerto soloist in New York City on multiple occasions, including performances of the Strauss Duett Concertino for Clarinet and Bassoon and the Gubaidulina Concerto for Bassoon and Low Strings.

Chamber music is an integral part of Nanci’s career; she enjoys programming and performing on concert series in New York and beyond. From 2012-2014 she was the bassoonist with Ensemble Connect - a Program of Carnegie Hall, The Juilliard School, and the Weill Music Institute. A proponent of the music of our time, she is a member of The City of Tomorrow, a wind quintet dedicated to the performance and expansion of contemporary repertoire. In other contemporary chamber music ventures, Nanci has collaborated with the International Contemporary Ensemble, Argento Chamber Ensemble, and Talea Ensemble.

As an orchestral musician, Nanci has performed with ensembles including the Orpheus Chamber Orchestra, American Symphony Orchestra, and New York City Ballet. Memorable international experiences include performances of Peter Grimes in the United Kingdom for the Benjamin Britten Centennial and a European tour with Ensemble intercontemporain in collaboration with the Lucerne Festival.

Nanci is passionate about creating meaningful and relevant musical experiences for all audiences. She works as a Teaching Artist with the Bridge Arts Ensemble, and has taken part in numerous performances in community venues and public schools as a fellow of Ensemble Connect. In her roles as performer and educator, Nanci is driven by the desire to cultivate curious, lifelong learners in music. Nanci serves on faculty at the Longy School of Music of Bard College in Cambridge, MA and the Special Music School in New York City.

Originally from Florida, Nanci holds a Bachelor of Music degree from Florida State University and a Master of Music degree from the Manhattan School of Music, where she studied with Frank Morelli. Most recently, she completed her Doctor of Musical Arts degree at Stony Brook University. Nanci currently resides in New York City, where she enjoys searching for the perfect cup of coffee, escaping the city for some hiking, and hanging out with her cat, Scherzo.