Michal Brylinski, associate professor in the LSU Department of Biological Sciences with a joint appointment at the Center for Computation & Technology, uses artificial intelligence and complex algorithms on large biological datasets to design and discover new drugs. As a member of LSU’s Deep Drug team, he’s a current semifinalist for the $5M IBM Watson AI XPRIZE. His career path, however, has been a bit kręci się, as you’d say in his native Polish, meaning squiggly. 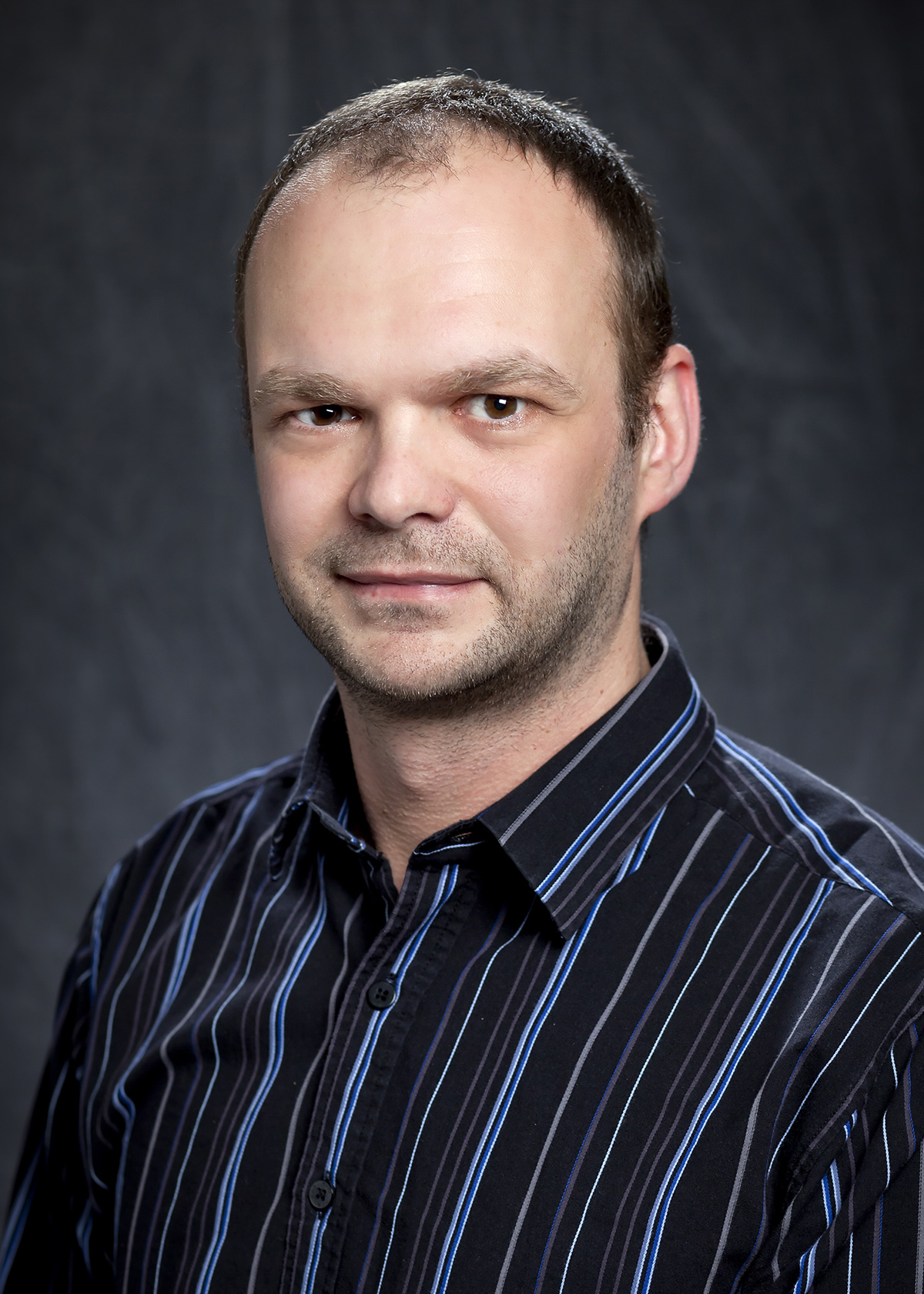 I understand that you didn’t start out as a computational biologist, is that right?

Yes. It’s been a long road. First, I went to pharmacy school; I wanted to become a pharmacist. But after I graduated and worked in pharmacies and hospitals for a while, I didn’t like it. I was more interested in research. So, I decided to go back to school and get a PhD, this time in chemistry. I then joined a computational chemistry and computational biology group at Georgia Tech in Atlanta for my postdoc. That’s when I started working on many projects related to human health, and a number of projects related to drug discovery. It was great. I stayed with that group for a few more years as a research scientist, up to 2012 when I took a faculty position here at LSU and started my own group.

I interviewed at many different places. The reason I wanted to come to LSU was a combination of factors. First of all, my interactions with faculty, students, and staff was the best among all of the interviews I had. I knew going in that I would have a large number of good collaborators I could work with, both in wet labs and on the electrical engineering-computer science side. I’m a big advocate of team-based research; I don’t work just by myself. On top of that, we have great resources here at LSU—top notch—so I knew I could go large-scale and think big on big projects. Also, Poland is a cold country. I wanted to stay in the South and pretty much never have winter again. Now, I like winter when I go skiing on holidays, but I don’t necessarily want to live and work where there is snow.

There is so much in Louisiana that goes beyond what most people think of when they think of the American South.

True! Definitely. I’m European, so I like the culture here too. There is a lot of European influence in Louisiana and I enjoy the food and culture. Louisiana really is different than other Southern states; other states are more “American.” Louisiana is more of a European style.

Why was computational biology the right fit for you?

I’m expanding my research programs in genomics and data sciences right now, which is still related to human health and drug discovery, but a little bit different. Biology is still behind other disciplines like physics and chemistry, where computational research has a long history. But it was maybe just 10-15 years ago that computational biology started, and there is so much data to look at. Computational approaches are becoming more critical to analyze this data because of both size and complexity.

There is a lot of work to do on secondary data analysis of older data; there is so much data just sitting there. You don’t have to collect more data; you can mine what’s already available. One of our biggest challenges is that the data comes from very different sources. It’s highly heterogenous, so data integration is a big component of the work we do.

How has the XPRIZE competition opened new avenues of research for you?

It’s been a very interesting experience for me; very different from other projects I work on because you’re in competition with industrial groups and companies and non-profits. It’s more of a corporate setting and not purely academic research. When we started this two years ago, I had no idea we were going to get this far. Our team has survived so many eliminations—among 147 groups, we’re now one of the 10 semifinalists.

What’s the most important piece of advice you’ve ever received as a researcher?

I had a very good mentor when I first came to the US who said, “You want to work with people who are smarter than you.” It took me a long time to realize that the guy was right. Of course, I wanted to be the smartest person in the room, but there are so many people who are smarter than me and I just want to work with all of them, learn from them, as much as they can learn from me. This is what led me to team-based work and highly interdisciplinary research.

“I’m really looking forward to applying the most recent and powerful artificial intelligence, or AI, techniques to large biological data sets, as the XPRIZE project is just one of many we’re working on. Some are focused on complex conditions, such as Alzheimer’s, schizophrenia, and cancer.”

Most of the collaborations I have right now are through the Center for Computation & Technology here on campus. If you can find people with complementary expertise and write proposals together, this greatly increases your chances of getting funded. Physical proximity is important, too, being all in one center under one roof with resources—it just sounds more plausible that we’ll be able to complete something.

What are you the most excited about over the next 3-5 years?

I’m really looking forward to applying the most recent and powerful artificial intelligence, or AI, techniques to large biological data sets, as the XPRIZE project is just one of many we’re working on. Some are focused on complex conditions, such as Alzheimer’s, schizophrenia, and cancer. These require application of the most powerful AI to come up with new hypotheses, treatments, and drugs.

Another really interesting thing right now is not so much drug discovery as drug repurposing or repositioning. This means that you find new uses or indications for already existing drugs. Instead of developing a totally new molecule from scratch, which takes about 10 years and costs billions of dollars, we could use an available drug to treat a different condition. There are many groups working on this. We already have many drugs and most have not been tested against an array of diseases. They could potentially treat something else, which is why it makes sense to work on big data science and AI to see what those repositioning opportunities might be. This is particularly important for rare diseases where it’s difficult to find a cure. From a pharmacological company perspective, it’s unprofitable to develop a new drug to treat a rare disease—there aren’t that many customers. There are maybe 7,000 rare diseases that affect small groups of people, but together, that’s millions of people worldwide. While developing new drugs generally isn’t profitable, this leaves a big role for academia. We’re not a for-profit company; we can work for the greater good and we’re much better positioned to do this kind of research.

I also want to mention how privileged I am to work with very good students and postdocs. Both our undergraduate and graduate students here at LSU are just excellent, and a major factor behind the success of our research groups. My PhD students have multiple solid, first-author publications by the time they graduate. Every single undergraduate student I work with has published at least one paper in a good, peer-reviewed journal—a real accomplishment—and some have published two or three. Meanwhile, when I was an undergraduate student, I didn’t have any papers. Our students are outstanding.

The Rainmaker Awards are given each year by the Office of Research & Economic Development, Campus Federal Credit Union, and the Council on Research to faculty who show outstanding research, scholarship, and creative activity for their respective ranks and discipline. The awards recognize both sustained and continuing work, as well as the impact that work has had on faculty members, departments, and our academic community. There are three award categories: Emerging Scholar, Mid-Career Scholar, and Senior Scholar. For each category, an award is offered for a faculty member in the area of Arts, Humanities, Social and Behavioral Sciences, and one in the area of Science, Technology, Engineering, and Mathematics.