Dr. Sibel Pamukcu is a Professor in the Department of Civil and Environmental Engineering at Lehigh University in Bethlehem, Pennsylvania. Dr. Pamukcu served as the CEE Department’s Associate Chair from 2006 to 2011 and as the Interim Chair from 2011 to 2013. She was co-PI of Lehigh’s prestigious NSF ADVANCE Institutional Transformation award in 2010. The awarding was the first time in the history of NSF’s ADVANCE program that an Institutional Transformation grant was awarded to an institution of Lehigh’s size. This has been a great recognition in honor of the co-PI team’s unrelenting dedication to advancing the careers of women at Lehigh. Dr. Pamukcu served as co-director of Lehigh’s ADVANCE program from 2011 to 2013. In her capacities as a professor, research or program manager, chair or director, Dr. Pamukcu has successfully mentored and advocated for women scientists and engineers for over twenty years.  She has sought and supported female students in long term NSF REU projects, and sponsored numerous women scientists and engineers as research associates and post-doctoral researchers - many of whom have advanced into successful careers in academia.

A globally recognized expert in the field of electro-remediation of soils and groundwater, Dr. Pamukcu's pioneering work spans more than two decades of research. Her efforts focus on soil and groundwater decontamination using electrochemical technologies, application of direct current electric field for enhanced recovery of oil and for in-situ destruction of contaminants through enhanced redox in clay-rich soils and rock formations. Dr. Pamukcu also conducts research on the development and application of distributed fiber-optic and wireless sensor systems for monitoring progressive changes in geo-media and underground structures for preemptive mitigation of hazards. She has authored and co-authored more than 200 technical publications, including 75+ in the form of journal articles and book chapters. Dr. Pamukcu is co-holder of several U.S. and international patents granted for the development of a testing procedure used in soil electro-remediation, and for the development and use of polymer coated sand in environmental mitigation and separation. She has served as the principal and co-principal investigator for more than 60 grants and contracts from national and state agencies, including the National Science Foundation (NSF), the Department of Energy (DOE), the Department of Defense (DOD), the Electric Power Research Institute (EPRI), and the Pennsylvania Department of Transportation (PADOT), and with more than $10M lifetime research funding. Dr. Pamukcu is recipient of the ASCE Civil Engineering Foundation Grant Award (1989); a former chair of the Committee AFP30 Soil and Rock Properties (1994-2000) of the Transportation Research Board of the National Academies; and a former chapter president of Sigma Xi, the Scientific Research Society at Lehigh; and she has served on several journals’ editorial boards. Dr. Pamukcu teaches courses in Geotechnical, Geo-environmental and Foundations Engineering at the undergraduate level; and Advanced Soil Mechanics and Soil Dynamics at the graduate level. She holds a BSCE from Bogazici University in Istanbul, Turkey and a M.Sc. and Ph.D. in Civil Engineering from Louisiana State University in Baton Rouge, LA. 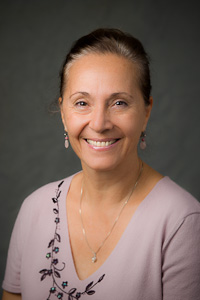