Miles B. Williams is a 1983 graduate of Louisiana State University with a Bachelor of Science in Civil Engineering.  He has committed substantial time and resources toward promoting the education of young engineers by assisting LSU’s Civil & Environmental Engineering Department.  He has served as an adjunct faculty member; teaching CE4750 – Professional Issues and Introduction to Concept Design, a senior level civil engineering project course, for the past eight years. In addition, he served four years on the Civil Engineering Program Advisory Committee with two years as chairman.  Also, he is a past member of the Scotlandville High School for Engineering Professions Advisory Council.

Miles is a registered professional engineer in Louisiana, Florida and Texas.  He has over 33 years of technical and management experience with an emphasis on a wide range of transportation and infrastructure related projects.  In that time he has performed project management, design and plan preparation oversight, client liaison, project estimating and budgeting and contract negotiations and administration.

Miles has worked with his partners over the past 27 years to build Sigma Consulting Group, Inc. into a successful regional engineering and land surveying company headquartered in Baton Rouge with a satellite office in Pensacola, FL.  Miles currently is President of Sigma, a position he has held for the past 13 years.  He is responsible for management of the day to day operations of the firm while providing the vision and direction necessary for the continued success of the company.  Sigma has been named one of the “Best Places to Work” in Baton Rouge by the Baton Rouge Business Report for all three years that the event has been organized.  In addition, Sigma has been in the LSU Top 100 fastest growing companies 3 times in the last 5 years. Miles and his wife Martha have endowed the Mike N. Dooley Professorship in Civil Engineering and have generously given to the LSU Civil Engineering Department to help fund laboratory equipment.  In addition, they have funded scholarships through the LSU School of Music and have helped fund capital improvement projects through the Tiger Athletic Foundation.

Miles worked to advance the engineering profession while protecting the public by serving on the Louisiana Professional Engineering and Land Surveying Board (LAPELS) for a six year term from 2008 to 2014; serving as Chairman in his last year.

In addition, Miles has been active in the Louisiana Engineering Society (LES) serving on the Baton Rouge Chapter’s Board of Directors finishing as President in 2004.  He currently serves as the statewide legislative liaison for the LES State board. Other professional and technical organizations that he is involved with include the National Society of Professional Engineers, the American Society of Civil Engineers and the Institute of Transportation Engineers.

Miles currently sits on the Executive Committee of the Board of Directors of the Manship YMCA where he serves as the Capital Campaign chairman.  He also has served as Vice President of the St. Jude the Apostle School Board and was a long time Cub Scout leader.  Miles resides in Baton Rouge with his wife Martha and they have three children the youngest of which is a junior at LSU. 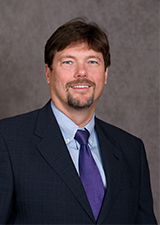