Williams earned her bachelor’s degree in civil engineering from Louisiana State University in May 1985 and was a member of the Chi Epsilon honors society. She began her career as an engineer in training for DOTD’s Road Design Section in June 1985. She was given responsibility early in her career when assigned as the Interstate 4R program manager in 1987. For the next 19 years, she served as a project and program manager for projects of all shapes and sizes, including interstates, capacity improvements, large and small bridge replacements, urban systems, enhancements, and a new Mississippi River crossing. She was responsible for over 1200 projects totaling over $2.3 billion in construction costs.  While serving as the Pavement Preservation Program Manager, her

programs were often called upon to fill in the gaps where needed to prevent funding from lapsing.

reorganization of major portion of the Office of Engineering to provide for better continuity and succession planning for a downsized agency. Under her leadership, DOTD overcame significant challenges in project delivery after a business software conversion which affected every aspect of the way DOTD conducted business.

Prior to this appointment, Williams served as the Chief of the Systems Engineering Division for four years. Her leadership of the Systems Preservation Section allowed for them to be successful at fulfilling the project delivery demands for three budget surplus programs as well as the projects funded by the American Recovery and Re-investment Act of 2009. During her service in the Systems Engineering Division, Williams was responsible for the development of a new bridge preservation program. DOTD’s Bridge Preservation Program gained national recognition by being one of the first to receive approval for the use of federal funds for this activity.

In addition, Williams served on the Federal Highway Administration’s (FHWA) Pavement Preservation Expert Task Groups from 1999 to 2010. Based on her expertise in preservation, Williams was asked to serve as a member of the FHWA Bridge Preservation Expert Task group upon its formation in 2010. These national teams were created to promote pavement and bridge preservation, acceptance and implementation through the development of technical guidelines with the identification of related training and research needs. An active member of AASHTO, she served as a member of the Subcommittee on Maintenance from 2007-2013, including service as one of the Vice Chairs of the Bridge Technical Working Group from 2009-2013. Since her appointment as Chief Engineer in 2014, Williams has served as a member of the Standing Committee on Highways (SCOH).

In 2011, Williams received the Charles E. Dunbar, Jr. Career Service Award. This award is the highest honor classified state employees can receive for their service to the citizens of Louisiana and is awarded for commitment to classified service, contributions toward workplace improvement, personal initiative, and volunteer community service.

Williams has been an active community volunteer, having spent 14 years as a volunteer and leader with the Girl Scouts of Louisiana East Regional Service Center. She spent 6 years as a Riding Director in the Camp Marydale Wrangler program in St. Francisville where girls learn horsemanship, teamwork, and leadership while providing a riding program for Girl Scout campers. Since retiring from the Girl Scouts in 2012, Williams has joined Cat Haven as a volunteer and serves regularly at the LSU Vet School spay day events held monthly.

Williams has been married to Montford E.  Williams, III since 1985 and they have four children and one grandchild. Two of their children are involved in engineering, with one pursuing a Master’s degree in education while working as an assistant editor reviewing engineering research reports and the other is a December 2015 LSU graduate with a bachelor’s degree in civil engineering.

Williams is the daughter of the late Dr. and Mrs. Jack K. Poplin.  Dr. Poplin was a faculty member of the LSU Civil Engineering Department from 1968-1994.

Janice Poplin Williams was appointed as the Chief Engineer of the Louisiana Department of Transportation and Development (DOTD) in March 2014 by Secretary Sherri H. LeBas.  During her tenure as Chief Engineer, Williams has focused on Safety, Quality, Accountability and Program Delivery.  As the engineering leader of DOTD, Williams provides guidance to a staff of more than 500 engineers, engineering technicians, and support staff, while promoting innovation, continuous improvement, and efficient use of resources.  She is responsible for establishing engineering standards, policies, and procedures that guide project delivery, construction, and preservation of all transportation-related projects and systems. In addition, Williams is accountable for the on-time and on-budget delivery of the DOTD Highway Priority Program. 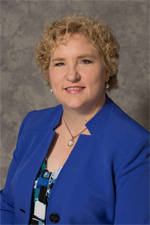