Mr. Chester Paul Siess* was born in Alexandria, LA in 1916. He received his BS in Civil Engineering from LSU in 1936. Mr. Siess worked for the Louisiana Highway Commission from 1936-1937. Then from 1937-1939, he worked as a Research Assistant and Graduate Student at the University of Illinois at Urbana-Champaign, where he received his masters in civil engineering in 1939. In 1939, Siess worked on the Chicago Subway and later for the NY Central Railroad in Chicago.

Mr. Siess then did full-time research in the Department of Theoretical and Applied Mechanics at UIUC, beginning in 1941. In 1949, he joined the CE department at UIUC and did research on reinforced and prestressed concrete and highway bridges. He taught two graduate courses on Behavior of Reinforced Concrete Members and Structures. Siess was head of the CE department form 1973 until retirement in 1978. He did extensive consulting, chiefly on structural failures, and in connection with research programs of various government agencies. He was active in the affairs of American Concrete Institute (ACI). He chaired several committees and was President in 1974. Siess was a member of the Building Code Committee from 1952 to 1995, and chaired it from 1980-1983.

Mr. Siess became a member of the Nuclear Regulatory Commission's Advisory Committee in 1972. He was also a member or chairman of various committees of Highway Research Board, American Society of Civil Engineers (ASCE), ASTM and many more. 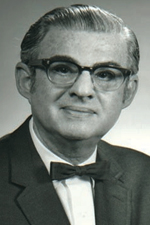