As Faculty Adviser and Academic Director of EMSE Off-Campus Programs (since 2001), Professor Sarkani is responsible for designing, negotiating, and administering off-campus graduate certificate, Master of Science, and Doctor of Philosophy degree programs. He has created a dynamic series of such programs for offer on-site at government and industry locations across the United States and in Taiwan, Republic of China, including Engineering Management field programs for ARINC, the Naval Surface Warfare Center, and the Republic of China Air Force; and Systems Engineering field programs for Lockheed Martin, the National Geospatial/Intelligence Agency, Northrop Grumman, Orbital Sciences, and Science Applications International Corporation. Other programs he has developed for GW include Engineering and Technology Management for the China Industrial & Commercial Research Institute, Information Security for SAIC, and Homeland Security Emergency Preparedness and Response for the U.S. Army Corps of Engineers. Most recently, he is developing distance education programs of study.

To better administer these programs, Professor Sarkani established, and oversees, additional GW office locations in Southern Virginia, Southern California, and Taiwan. Over nine years, Professor Sarkani has strengthened EMSE’s presence from 6 graduate education programs in the D.C. area only, to 32 at local, domestic, and international sites. He has led EMSE to increase the number of off-campus graduate students from 300 to over 1,000, and has boosted annual revenue for EMSE off-campus programs from under $3 million to around $12 million.

As Interim Associate Dean for Research and Development for the GW School of Engineering and Applied Science (SEAS) from 1997 to 2001, Professor Sarkani’s major accomplishments were to coordinate formation of SEAS Interdisciplinary Research Clusters to establish new directions in areas of the faculty’s greatest strengths, and to establish and coordinate the SEAS Research Advisory Committee to recommend and implement SEAS’s first school-wide teaching load policy and a new research incentive policy. He guided SEAS to increase research funding from outside agencies by more than 40%, from about $7.5 million to about $11 million.

Between 1994 and 1997, when Professor Sarkani served as the (peer-elected) chair of the GW Department of Civil, Mechanical, and Environmental Engineering, he established a curriculum in environmental engineering, reorganized graduate and undergraduate curricula from two fields of study to four, and led the department through a complete six-year re-accreditation by ABET.

Professor Sarkani’s scholarly research has been sponsored by NASA, NIST, the NSF, U.S. AID, and the U.S. Departments of Interior, Navy, and Transportation. He is the author of more than 150 technical publications and presentations. Two of his noteworthy research contributions are the 2001 patent with two colleagues, “Wrapping System for Strengthening Structural Columns or Walls,” and, under the auspices of the Laboratory for Infrastructure Safety and Reliability that he founded in 1993 and directed until 2007, the conception, funding from NSF, and oversight of the installation and operation of the GW University 6 degrees of freedom, 3 meter by 3 meter shake table, one of only a few in the U.S. at that time. He won a number of research awards from the U.S. Navy to establish and operate a structural fatigue testing laboratory at GW. In 1999 he was awarded the Walter L. Huber Civil Engineering Research Prize by the American Society of Civil Engineers. 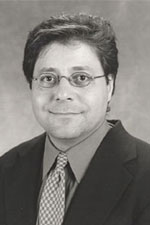