Illinois and joined LSU in 1979. He has 23 years of teaching experience, 28 years of research experience, and has supervised 7 PhD and 50 M.S. students. He has supervised more the 40 research projects worth over three million dollars. In 1995 he joined Polytechnic University in New York to develop their program.

Dr. Roy has received awards and honors as Fulbright Fellow. He was named researcher of the Year in Civil Engineering at LSU in 1992. He received the Halliburton Foundation Faculty Development Award. Roy was also listed in Men & Women of Science in America, Who’s Who in Frontiers of Science, Technology, and Personalities of the South. He was awarded the Oak Ridge Associate University Faculty Participation Award. Roy has also been interviewed by ABC, FOX and PBS.

Dipak Roy’s research interests include mathematical modeling of natural environmental systems, fate and transport of contaminants, and biotechnology application in environmental engineering. He holds three patents based on his work at LSU.

Dr. Roy is a member of several professional associations, which include the Water Pollution Control Federation, the American Chemical Society, Phi Kappa Pi, and Chi Epsilon. He is also a professional registered engineer in civil and environmental engineering in Louisiana. 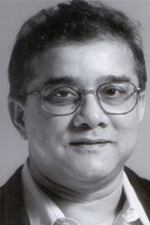