Larry A. McKee received a Bachelor of Science degree in Civil Engineering from Louisiana State University in 1958. Upon graduation, he began his professional career working for private engineering consulting firms in the Baton Rouge area. After gaining twelve years’ experience, he acquired 100% ownership of Professional Engineering Consultants (PEC) on May 1, 1970.

Upon the leadership and direction of Mr. McKee, and in the pursuit of excellence, PEC enjoyed stable and continuous growth and became recognized throughout the southeastern United States for its expertise in all phases of public works planning and development.

Mr. McKee has strived throughout his career to improve the engineering profession. He has served as president of the Louisiana Section of the American Society of Civil Engineers as well as president and national director of the Louisiana Council of Engineering Companies. He is one of only two engineers, from Louisiana, to serve as National Vice President of American Council of Engineering Companies.

Mr. McKee was appointed, by Governor Buddy Roemer, to the Professional Engineering and Land Surveying Board where he served for six years and chaired the Board for one year. Mr. McKee also has served as an adjunct professor of Civil Engineering at Louisiana State University where he is an honorary member of Chi Epsilon and a member of the College of Engineering Dean’s Club. 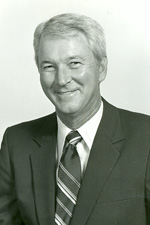