Lloyd Joseph Guillory, Jr., joined ExxonMobil in 1985 after receiving a Bachelor of Science in Civil Engineering from LSU and a Master of Science in Engineering from the University of Texas at Austin. His career includes over 27 years in upstream oil and gas development projects and production operations, both domestically and internationally. His experience includes leading broad, highly technical, multi-billion dollar projects ranging from offshore deep-water developments to onshore oil & gas processing and liquefied natural gas (LNG) facilities. These global projects have been planned and executed in highly diverse government, cultural, socio-economic and environmental conditions including the North Sea, West Africa, Australia, Papua New Guinea and the Gulf of Mexico. The total value of projects managed exceeds $15 billion.

From 1985 to 1995, Guillory held various management positions in New Orleans associated with ExxonMobil’s development and production operations in the Gulf of Mexico. During this time, he evaluated and successfully identified novel, lower cost structural concepts which helped to enhance ExxonMobil’s ability to develop smaller resources more economically in the Gulf of Mexico. In 1996, Guillory moved to Norway and led the $1.3 billion technical development of ExxonMobil’s first successful Floating, Production, Storage and Offloading (FPSO) facility in the North Sea. The technical, contracting and project management approaches utilized on this North Sea project formed the foundation for approaches used on other successful ExxonMobil FPSO projects in Nigeria and Angola.

After returning from Norway in 2000, Guillory served as lead executive on multiple projects including a $3 billion subsea and pipeline development in Angola, a $5 billion LNG facility in Papua New Guinea and a $4B subsea development in 4500 ft of water in the Gulf of Mexico. Guillory is considered an expert within ExxonMobil in the areas of execution planning, construction management, fixed offshore structures and offshore installation, and from 2006 to 2008, he also held various management positions within ExxonMobil Development Company to build organizational capacity in these areas.

Most recently, Guillory led an unprecedented Gulf of Mexico industry initiative to develop a new, rapid response well containment system for improving the oil and gas industry’s ability to respond to a subsea well control event. In this role, he led efforts to establish the Marine Well Containment Company, a not for profit, independent company that will own and maintain this new system for rapid response, and worked to attract membership from Gulf of Mexico oil and gas operators. He was responsible for ensuring key state and federal policy makers were kept informed of plans, progress and details of the system, including briefings with US Senators, US Congressmen and the National Commission on the Deepwater Horizon Oil Spill. This initiative played an important role in restoring confidence with regulators and government that led to the 2011 resumption of drilling operations in the Gulf of Mexico and which continues to have high government visibility and broad industry impact. Overviews of this initiative were presented by Guillory at The Energy Summit 2010 held at the LSU Center for Energy Studies, at the Center for Strategic and International Studies (CISC) in Washington DC, and at The Clean Gulf Deepwater Offshore Prevention and Response Conference in Orlando, Florida.

Guillory is currently a member of the LSU Civil and Environmental Engineering External Advisory Board, was a member of the Forever LSU fund raising campaign for the Department of Civil and Environmental Engineering, has personally funded an endowed professorship in the Department, is a Registered Engineer in the State of Louisiana and has published research in the Journal of Engineering Mechanics. Guillory previously managed ExxonMobil’s engineering recruiting program at LSU and currently acts as the program’s Executive Liaison. Under Guillory’s leadership, ExxonMobil’s LSU recruiting efforts have been responsible for ExxonMobil hiring over 150 LSU engineering graduates for full time employment.

Guillory is married to Marissa Elias Guillory and they have two daughters, Anna and Olivia, and one son, Elliot. They currently live in Houston, Texas. 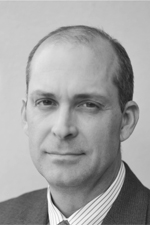