He has been employed with the Louisiana Department of Transportation and Development (LA DOTD) for 30 years in the Bridge and Structural Design Section as an engineer intern, senior engineer, engineer supervisor, Assistant Bridge Design Administrator and currently as the State Bridge Design Engineer.   He was also employed as a consulting engineer with Forte and Tablada, Inc. and Rayner and Mckenzie, Inc. in Baton Rouge.

He has been the design engineer-of-record and/or project manager for numerous fixed and movable bridge replacement, rehabilitation and repair projects throughout Louisiana.    He served as the DOTD project manager for the new John James Audubon Mississippi River cable stay bridge near St. Francisville - New Roads, the first Design-Build Project ever completed by DOTD and the longest cable stay main span in North America when completed in 2011.  Paul also served as the DOTD project manager for the replacement of the cable stays for the Hale Boggs Mississippi River Bridge in Luling, La. which was the first project of its kind in the United States.   He was the lead design engineer for the emergency repairs for the I-10 Lake Pontchartrain Twin span bridges following Hurricane Katrina to reestablish the important transportation link to New Orleans following the hurricane.   Paul was a member and a leader for the Louisiana Transportation Research Committee research panel for the implementation of High Performance Concrete (HPC) in Louisiana and was the engineer-of-record for the Charenton Canal Bridge, the first HPC Bridge constructed in Louisiana which established standards for long term durability and high strength bridge components in Louisiana that now have been adopted by LA DOTD.   A significant part of his DOTD career was also devoted to developing the roadside safety hardware standards for roadway barriers that have directly influenced highway safety in Louisiana.

Paul has been an active member of the American Society of Civil Engineers (ASCE) beginning as a student member at LSU, served as the ASCE Baton Rouge Branch President in 1989 and the ASCE Louisiana Section President in 1994.   Paul served as the first editor for the ASCE Louisiana Section Magazine in 1994. He is a member of Chi Epsilon National Civil Engineering Honor Society and the Louisiana Professional Engineers in Civil Service.     He was awarded the 2009 Outstanding Government Engineer of the Year by the ASCE Baton Rouge Branch and the Louisiana Section of ASCE.   He received the Charles E. Dunbar, Jr. Career Service Award in 2012 from the Louisiana Civil Service League which is the highest honor given to classified state employees serving the citizens of Louisiana.

Paul has enjoyed serving the LSU Department of Civil and Environmental Engineering as a volunteer instructor and an adjunct instructor in teaching the senior conceptual design course and the bridge design course for several years.  He served as a guest volunteer instructor for the LANAMME structural research center for the University of Costa Rica to assists its country efforts in advancing Bridge Engineering.  He has been a volunteer mentor and speaker concerning Civil Engineering for numerous high school and university students and has led the LA DOTD efforts to recruit and employ many LSU Civil Engineering graduates with the Department for many years.

Mr. Fossier is active with St. George Catholic Church in Baton Rouge for over 30 years were he serves as a Eucharistic Minister and a past Boy Scout leader.   Paul and his wife Anne have a daughter Katherine and son Brad, all are LSU graduates. 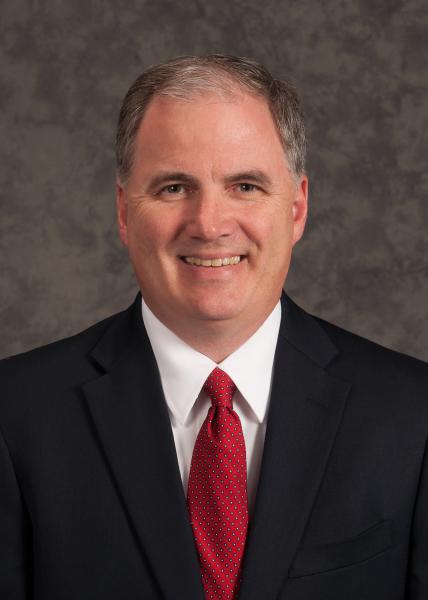