John “Jack” Donahue, Jr. is a local product who earned his Civil Engineering degree from LSU in 1967, and then pursued graduate work in advanced foundation design at Tulane University. In 1970, Jack and his father teamed to form Spartan Building Corporation (SBC) where Jack rose to the post of president. After nearly ten years with SBC, Jack left to start his own company, Jack Donahue Contractors, Inc., in 1979. He opened the doors with three employees and a $500 acoustical ceiling job. In 1986, he partnered with long time friend Robert F. Favret to found what was to become DonahueFavret Contractors, Inc. (DFC). Today DFC has 60 employees, is one of the largest in the state and the North Shore’s number one construction company, with annual sales of over $70 million.

Over the years, clients have consistently selected DFC because of its reputation for quality work, timely completions, honesty and dependability. DFC has earned the opportunity and honor to build for such national corporations and government entities as State Farm, Hospital Corporation of America, Albertson’s, Copeland’s, Pep Boys, Target, Best Buy, Circuit City, Lowe’s, Office Depot, Embassy Suites, Holiday Inn, Best Western, Sav-A-Center, Rite Aid, U.S. Postal Service, U.S. Coast Guard, and U.S. Department of Agriculture. DFC has been recognized twelve times with the prestigious national awards for excellence in construction, the premier competition acknowledging outstanding construction projects. The company has received awards from the Vieux Carre Commission for ever-mindful restoration of some of New Orleans’ most historically significant structures. DFC has consistently earned the Platinum Step Award, awarded by contractors for contractors, recognizing one of the industry's highest ratings for safety.

Jack is profoundly commitment to his community. He has long been an active supporter of a long list of worthy programs, such as the American Heart Association, Habitat for Humanity, American Red Cross, and Lake Pontchartrain Basin Foundation, to name a few. After the most devastating storm in American history, Jack generously opened DFC’s doors to the Red Cross, allowing them to open St. Tammany’s first Red Cross Hurricane Katrina financial aid center right there in his office. During those first days after the storm, as Jack made sure all of his 53 employees were safe and secure, his office was the distribution point for more than $2 million dollars of aid to over 2,000 people who lined up at his door. And he didn’t stop there. Jack went on to create an organization called Suited for Success where DFC distributed business clothes free of charge to people who had lost their business clothes and needed to get back to work. Jack was featured in a January 2006 CNN special Hurricane Katrina report called "The Silver Lining". The report detailed stories about area business leaders whose selfless commitment to the community was highlighted by both care for their employees and a dedication to rebuilding Louisiana’s communities.

Jack has been a Commissioner of the Causeway Commission, a chairman and board member on the Public Affairs Research Council, a board member for Center for Development and Learning and Louisiana Association of Business, and member of the Lake Pontchartrain Basin Foundation. The St. Tammany West Chamber of Commerce has named Jack Business Person of the Year for being a leading St. Tammany business professional. 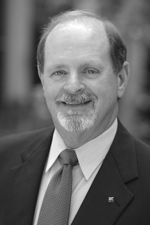