Ara Arman, born in Istanbul, Turkey, is Senior Vice-President of Gulf Engineers and Consultants, Inc. Arman received his Bachelor of Science degree from Robert College School of Engineering, Istanbul, Turkey in 1955, and Master of Science from University of Texas, Austin, Texas in 1956, all in civil engineering. Upon graduation, he joined Louisiana Department of Highways as an Assistant District Laboratory Engineer of the Testing and Research Section, and was promoted to District Laboratory Engineering in 1958, and Soils Design Engineer in 1961. In 1963, he started his stellar career at Louisiana State University as an Assistant Professor of Civil Engineering. He was promoted to Associate Professor in 1967 and full Professor in 1970. He also served as the Assistant Director of the Division of Engineering Research 1965-1976.

In 1976, Arman became the Chairman of the Department of Civil Engineering. He was appointed Associate Dean for Instruction and Undergraduate Studies in 1980, a position he served for seven years. He effectively participated in the legislative establishment in 1986 of the Louisiana Transportation Research Center, LTRC, jointly sponsored by Louisiana State University and Louisiana Department of Transportation and Development. Arman served as the founder and director of LTRC until 1989 when he retired from LSU to join Woodward-Clyde Consultants as Senior Consultant and Vice-President, and later as Vice-President and Principal until 1998.

Arman is a professional civil engineer registered in the state of Louisiana with over 40 years of experience in the field of environmental, civil, geotechnical, and geosynthetics engineering. He is a member and officer of many national and international professional and honorary engineering organizations. He has in excess of seventy publications in the field of geotechnical engineering, chemical stabilization of soils, use of geosynthetics as applied to transportation, ports, airports, industrial sites and other facilities. They have been published in technical journals and books in several countries including the USA, Great Britain, France, Turkey, Switzerland, Sweden, USSR, Germany and Japan.

In 1963, Arman was married to former Claudia Carr of Bogalusa, Louisiana, and they have two children Eric and Michelle. Arman presently resides in Baton Rouge, Louisiana. 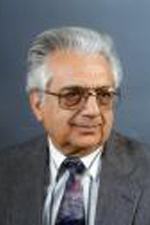