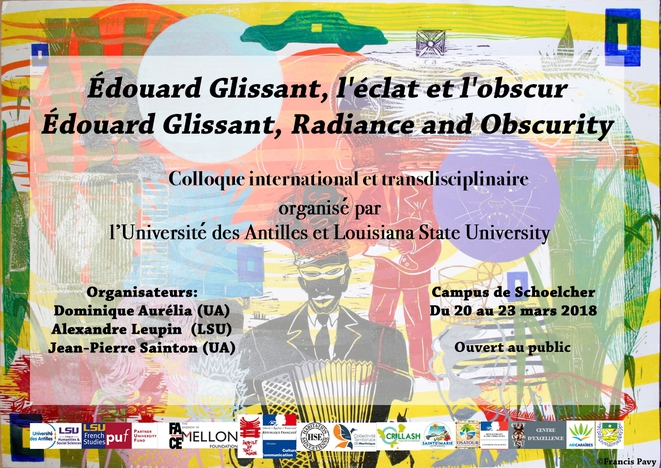 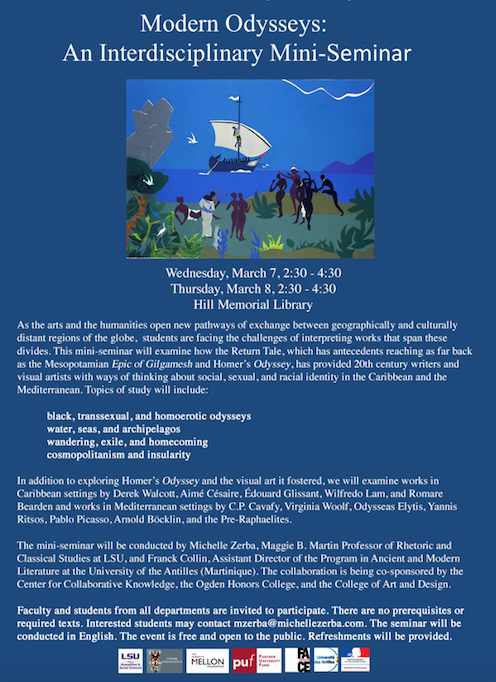 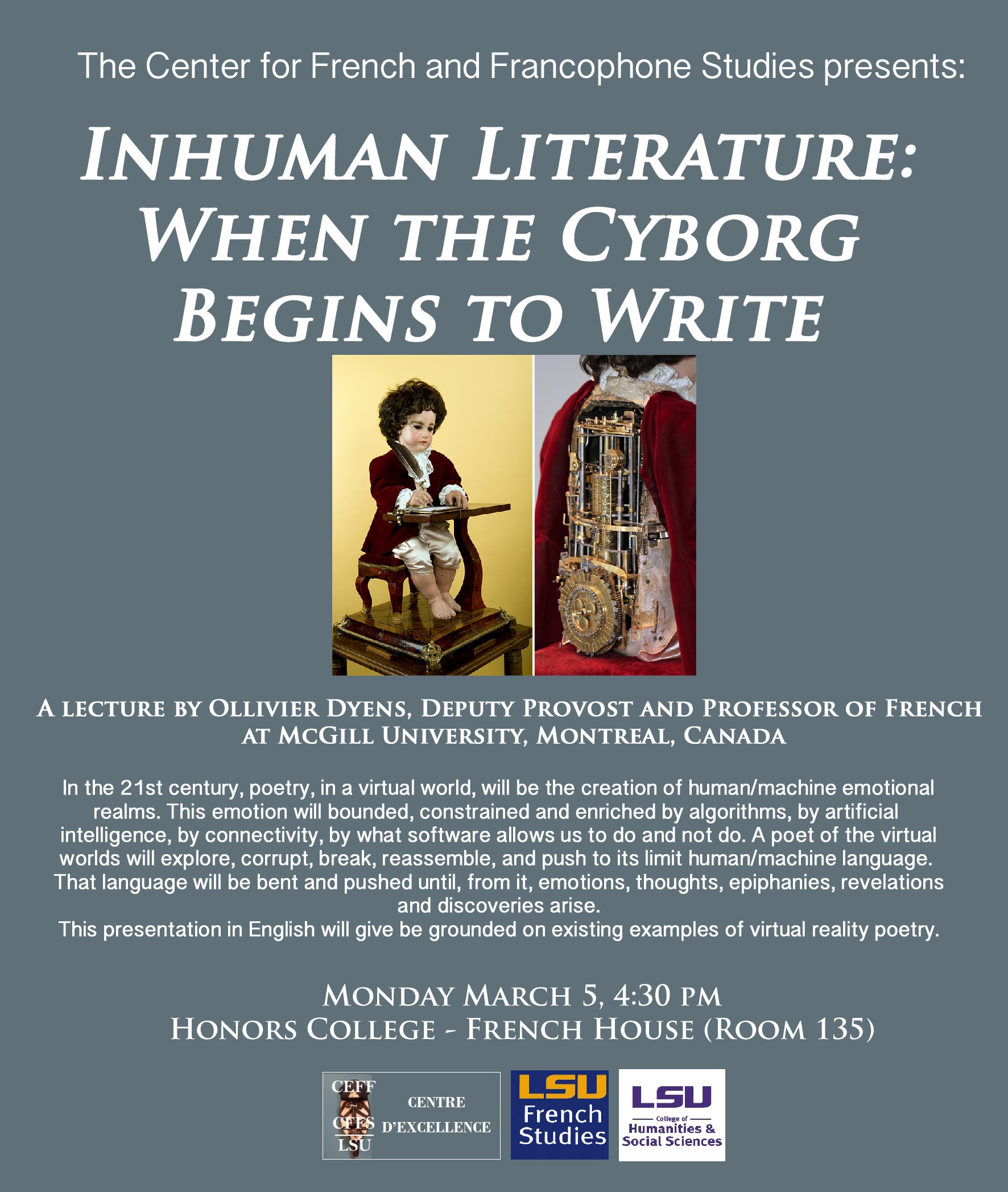 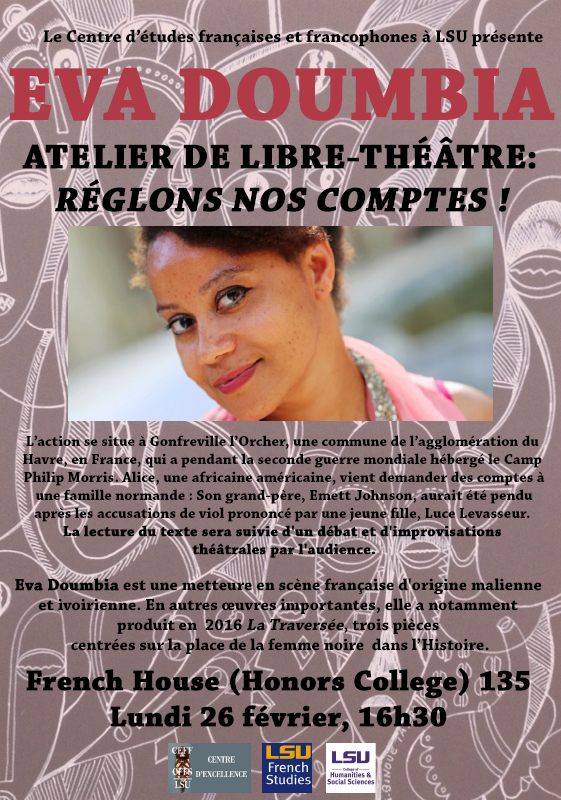 This international conference, co-sponsored by Louisiana State University and the Université des Antilles (Martinique), seeks to bring together scholars from a variety of disciplinary backgrounds to expand the contemporary understanding of theatre and performance in the French Caribbean under the ancien régime. Theatre, arguably the defining artistic expression of the Bourbon monarchy, figures as a central aspect of metropolitan France’s political, intellectual, and social cultures, but its impact in the Antillean and Louisiana colonies remains to be told. The conference seeks to redress this oversight through scholarship that highlights the specificities of early modern and Enlightenment theatrical culture in context of France’s slave-based colonial empire. Click here to see the program 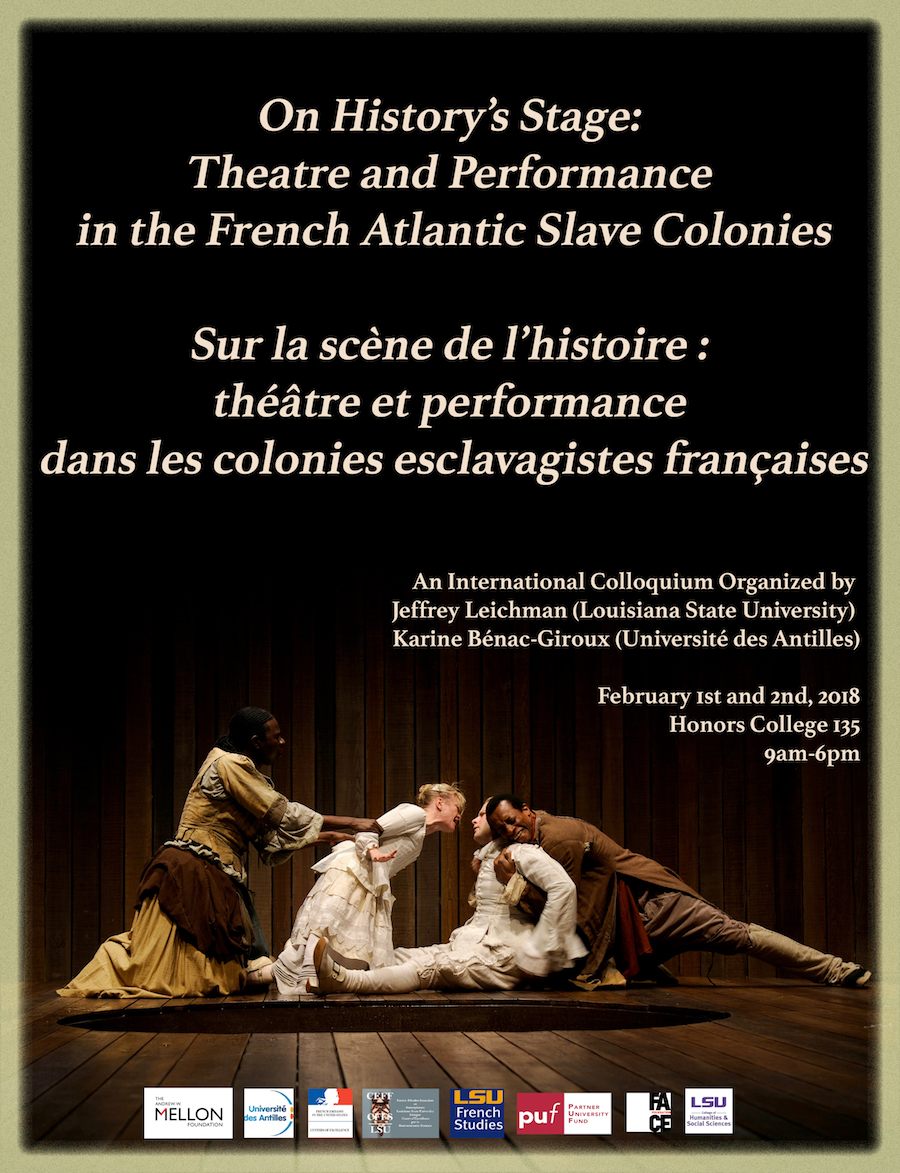 The lecture responds to Édouard Glissant’s claim—in Le Discours antillais—of the need to ‘argue around Toussaint,’ and deploys this idea to explore past and present representations of the Haitian revolutionary leader. Reflecting on his recent experience of writing a biography of Toussaint Louverture, Charles Forsdick suggests that those attempting to understand the revolutionary’s life are not only faced with archival gaps, but also obliged to negotiate the extensive mythologization by which these have often been filled. Reacting to the recent ‘conservative turn’ in global histories of the revolutionary age, he suggests that there is an urgent need to reread Louverture—in the light of the work of C.L.R. James—as a ‘Black Jacobin’ in an age of revolutions. The lecture concludes by exploring the role of James (and the various versions of his Black Jacobins) in situating the Haitian Revolution and its leader in a wider context of debates on Empire, decolonization and their contemporary afterlives. 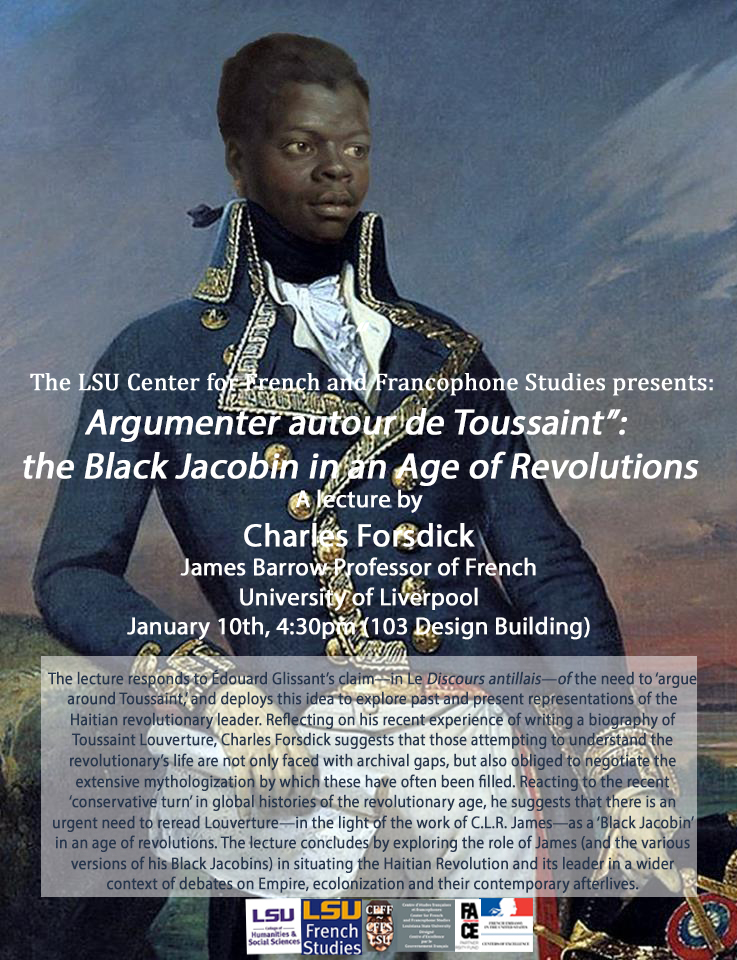 A Lecture by Cécile Bertin-Elizabeth

The Center for French and Francophone Studies at LSU welcomed on Wednesday, November 1st Professor Cécile Bertin-Elisabeth, dean of the Faculty of Arts and Humanities of the Université des Antilles (Martinique) for an informal round table. 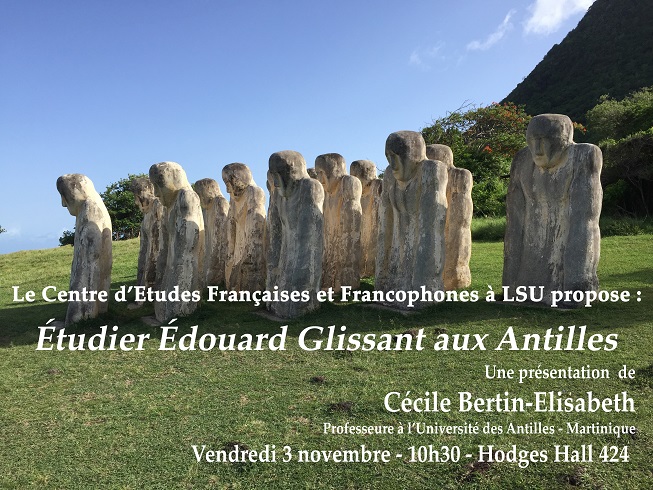 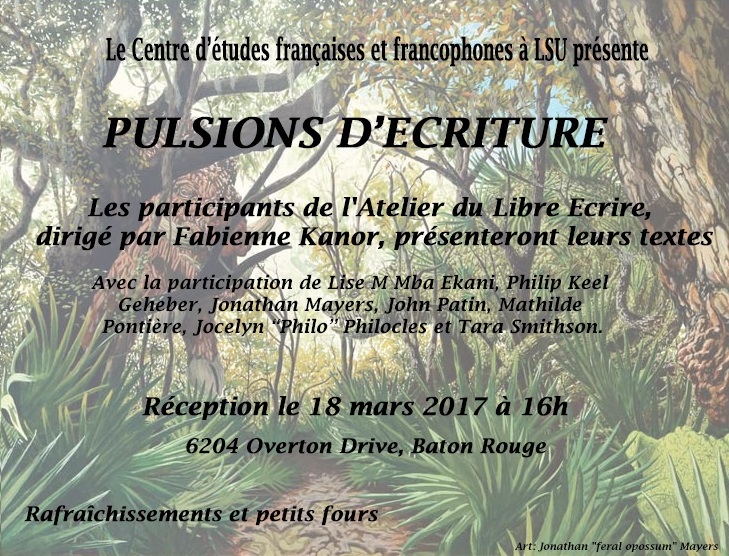 "A New Future for Higher Education: Nursing and Farming an Ecosystem of Intelligent Machines" 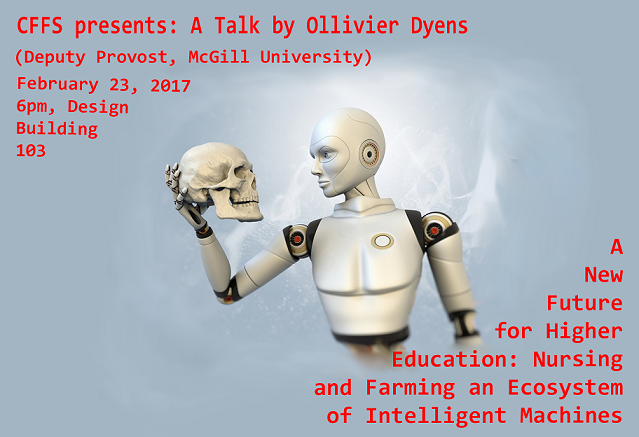 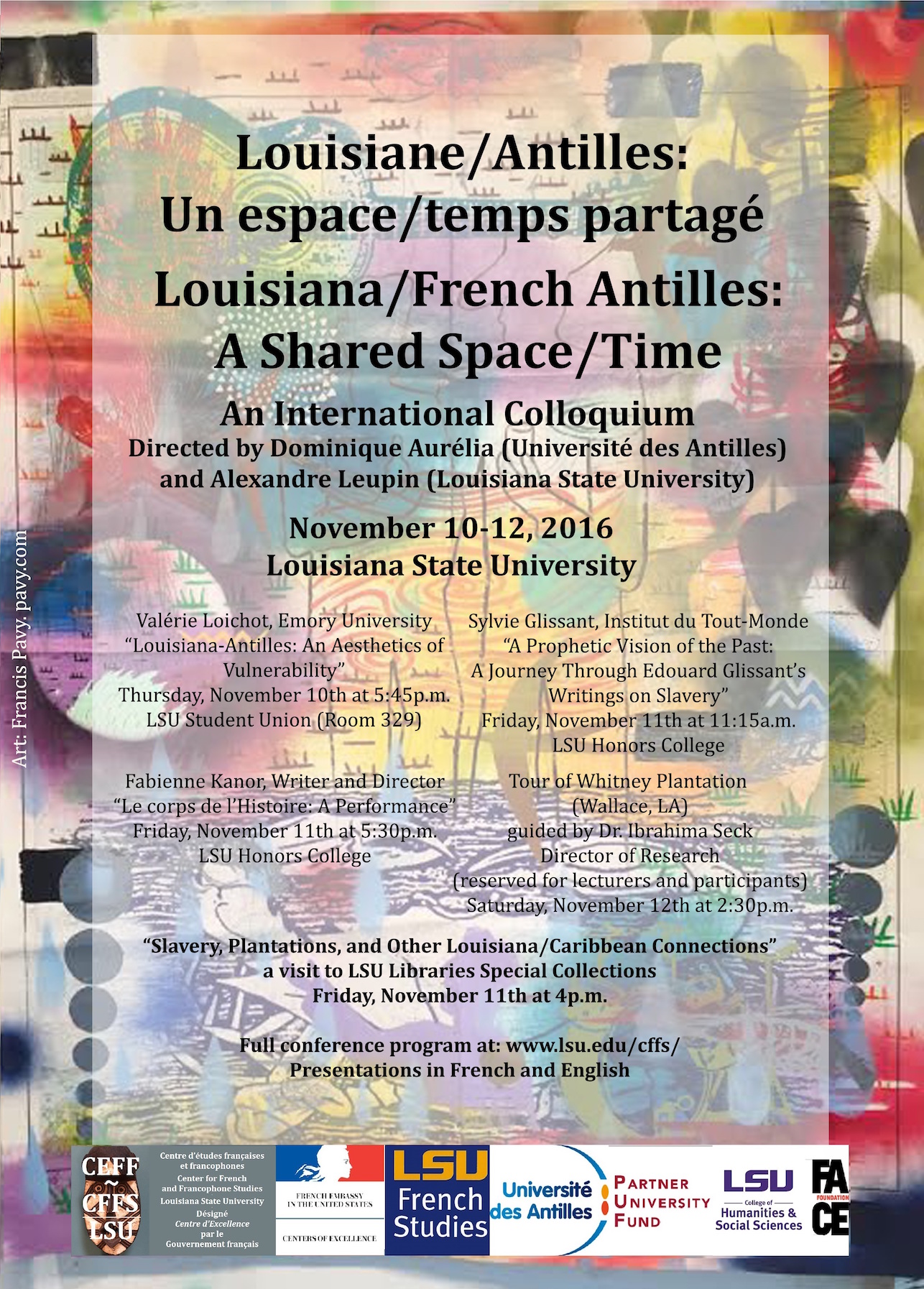 LEARN MORE ABOUT THE WORKSHOP 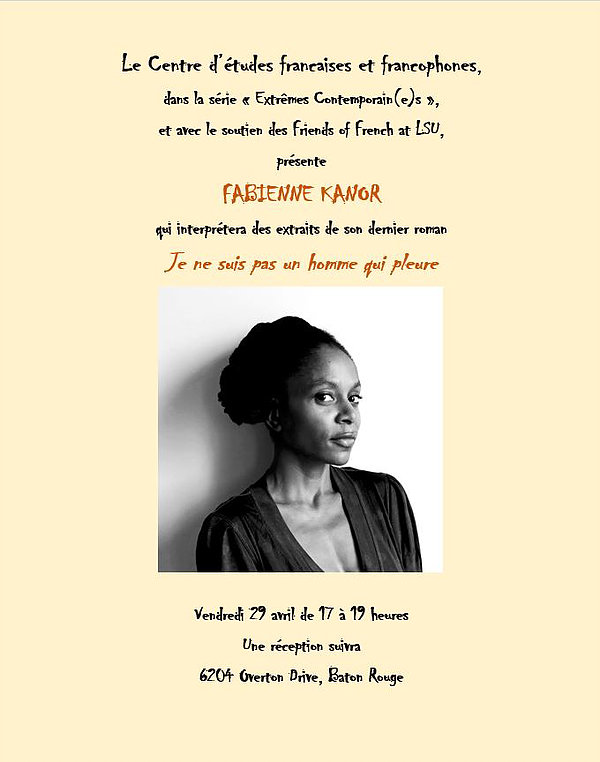 "The Future of Humanities"

A Lecture by Ollivier Dyens, Deputy Provost and Professor of French, McGill University

CLICK TO SEE THE POWERPOINT FOR "HUMANITIES IN THE DIGITAL AGE"

CLICK TO SEE THE POWERPOINT FOR "THE FUTURE OF HUMANITIES" 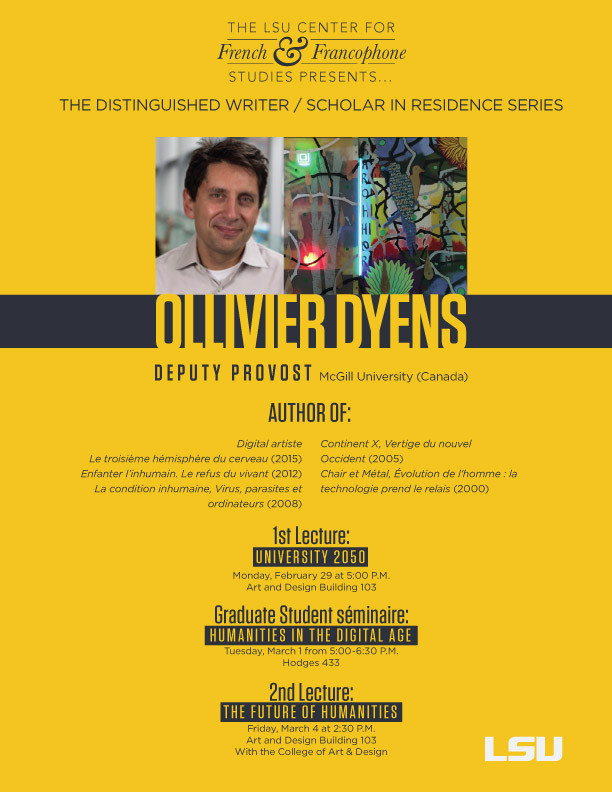 Aimé Césaire’s Notebook of a Return to the Native Land

A Reading by Jacques Martial, Actor and Director of Memorial ACTe 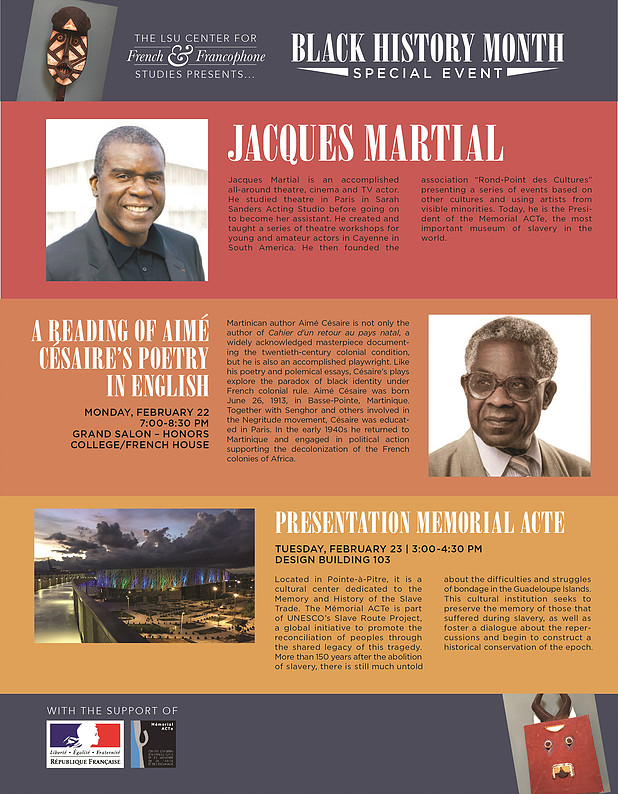 A Lecture by Professor Jacques Brasseul 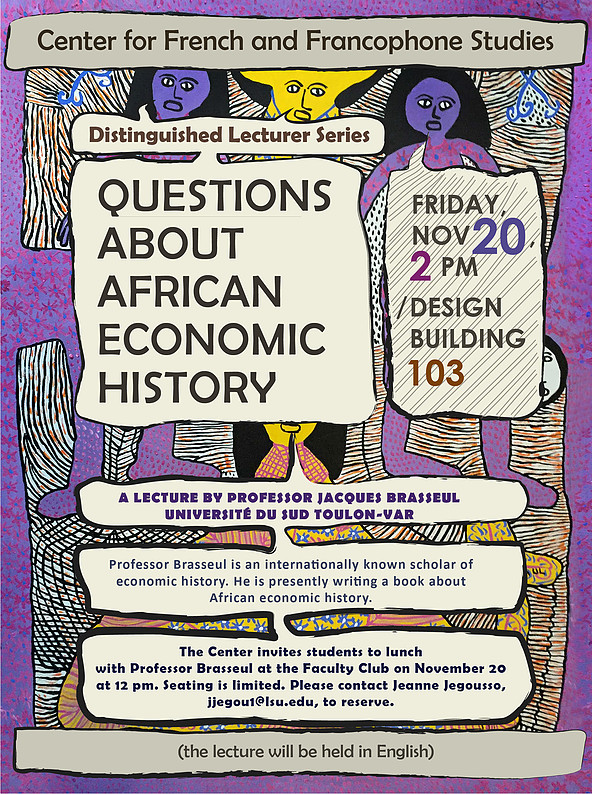