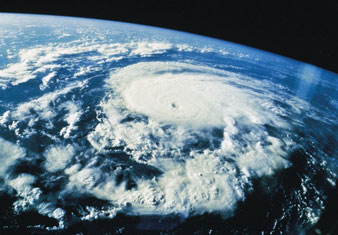 Gonzales, La.—In light of the ten-year anniversary of Hurricane Katrina, disaster response experts who led animal rescue efforts following Katrina are returning to Louisiana to train emergency responders on how to rescue animals in future disasters. The week-long boot camp is part of ongoing efforts to ready the nation for another Katrina-sized disaster, and will be taught by leading experts from across the country.

Disaster response experts instrumental in the response to Hurricane Katrina will be available to speak about the progress made in animal disaster response since Katrina and what pet owners can do to ensure their pets are safe from the next storm. Boot camp instructors include experts from the American Humane Association, ASPCA, Code 3 Associates, Inc., International Fund for Animal Welfare, Louisiana State Animal Response Team (LSART), Louisiana State University School of Veterinary Medicine, RedRover, U.S. Department of Agriculture and the National Alliance of State Animal & Agricultural Emergency Programs (NASAAEP).

Media are invited to attend the slack water rescue training, where responders will practice hands-on water rescue. Details below.

Media interested in attending the training are required to RSVP to Kelly.krause@aspca.org

Approximately 250,000 dogs and cats were displaced or died as a result of Hurricane Katrina, including an untold number of other animals such as fish, small mammals and horses. Many officials refused to let animals—even service dogs—on evacuation buses or airlifts, forcing families to leave their animals behind.

44% of the people who refused to evacuate during Katrina did so because they could not evacuate with their animals.

Hurricane Katrina was one of the five deadliest hurricanes in U.S. history for both pets and people.

A national ASPCA poll revealed that many pet owners still aren’t ready for the next big storm. More than one-third of cat and dog owners don’t have a disaster preparedness plan in place for their pets.