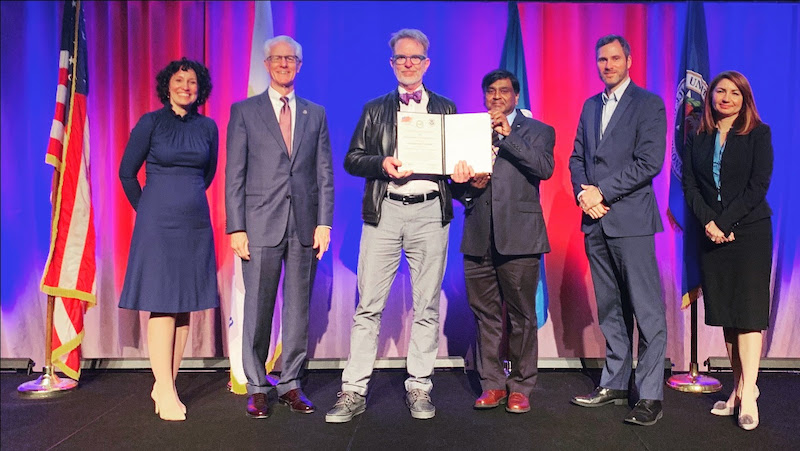 BATON ROUGE, LA – Hiring for cybersecurity positions in the United States has become a dire situation. Companies need more workers with an ever-increasing level of skill and there are not enough qualified applicants for most positions.

The situation is particularly challenging in the federal sector, where salaries tend to be lower.

It is this dilemma that led a group of LSU Engineering faculty to apply for and receive a $3.4 million National Science Foundation Scholarships for Service grant, which will fund 21 scholarships in cybersecurity training over a five-year period.

The first round of scholarships is expected to be awarded this fall.

“When I was first recruited by LSU, my intention was to build a world-class applied cybersecurity program to try to help address this need,” said Golden Richard III, LSU Computer Science professor, associate director for cybersecurity at the LSU Center for Computation & Technology (CCT), and principal investigator on the project. “From an individual student’s perspective, the SFS program provides scholarships that have virtually no equal—a very substantial stipend, funds for travel and securing a professional certification, and a guaranteed federal job on graduation.”

Scholarship recipients will participate in an intensive academic program in cybersecurity that includes both coursework and research in cutting-edge areas, such as memory forensics, reverse engineering, malware analysis, blockchains, machine learning, and network security. They will also participate in a federal internship program and obtain at least one cybersecurity certification.

“People simply don’t realize how amazing federal jobs in cybersecurity can be because they are somewhat necessarily cloaked in secrecy,” Richard said. “That’s because a lot of the jobs require a security clearance and the specific details of the kind of work a person might do are not obvious. The fact that students in the SFS program do an internship at a federal agency—and likely obtain a security clearance in the process, which allows them to see things from a different perspective—opens their eyes to the very exciting and challenging work that’s available in the federal sector.”

And the fact that LSU was awarded the SFS grant will, hopefully, open more eyes to its cybersecurity program, Richard said.

“Most of the very best cybersecurity programs in the U.S. target a few federal initiatives, with one of these being the SFS program and the other being the National Security Agency’s Center of Academic Excellence in Cyber Operations (CAE-CO) designation,” Richard said. “These are important because they significantly raise the profile of the university, make recruiting easier and offer very serious benefits for students.

“The fact that these SFS grants are so competitive to obtain provides an objective measure of quality, far beyond me or other faculty members or administrators simply saying that we are doing great things, because naturally we would say that, right? Also, many prospective students shop for a program based on SFS. LSU will have an entry on the NSF SFS page and one way of choosing a college is perusing that list. It will also help us obtain CAE-CO designation, as many of the pieces are in place.”