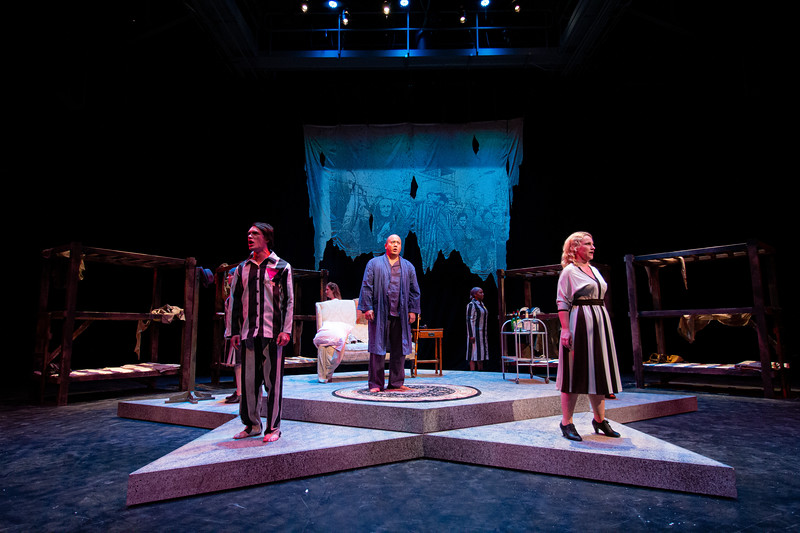 Based in part on the true stories of two survivors, Two Remain used the operatic medium to explore the lingering ghosts of Auschwitz and shine a light on those who never returned. Act One pulled from the legendary book, “I Survived Auschwitz”, by Krystyna Zywulska, revealing the author attempting to record her memories of the camp, even as she is haunted by, and relives, her story of secrets and survival. Act Two (“Gad”) introduces Gad Beck who, years after the war, is visited by the ghost of his long-lost lover, Manfred, who perished under the Nazis’ brutal treatment of homosexual prisoners.

"All of us at the Turner-Fischer Center are deeply honored to be chosen once again by the judges for The American Prize. This recognition is doubly meaningful for us, since it cites such a powerful and timely work as Two Remain and honors LSU’s proud tradition of collegiate opera premieres."

This is the 11th national award garnered by the Turner-Fischer Center for Opera in the last three years, including multiple previous American Prize placements and accolades from the National Opera Association.