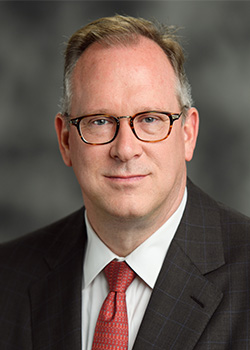 Dr. Mason was formerly a Senior Financial Economist at the Office of the Comptroller of the Currency and has been a Visiting Scholar at the Federal Reserve Bank of Philadelphia, the Federal Deposit Insurance Corporation, and the World Bank and has served as a Transatlantic Avdisor to the European Union.
Dr. Mason has made numerous television and radio appearances on CNBC, NBC News, and Bloomberg Television. He has also been cited extensively in a variety of national print media such as the Wall Street Journal, Financial Times, New York Times, Washington Post, Economist, Bloomberg Business Week, and others. Factiva listed over 900 press articles citing Dr. Mason as of September 2018.
Dr. Mason hosted a weekly economic commentary on KYW radio, Philadelphia, 2007-2008. He authored a regular column for Credit Magazine 2009-2011 and published independently an (approximately weekly) Economic Commentary from September 2007 to April 2011 (roughly half of which are online at Nouriel Roubini's EconoMonitor site at http://archive.economonitor.com/blog/author/jmason3/).

Mason, J. R., Dalrymple, S., and Balcombe, J. (2018). Financial Supervision and Regulation in the US: Dodd-Frank Reform (Prepared for the European Parliament's Committee on Economic and Monetary Affairs).

Mason, J. R. (2015). Overview of Structure of Financial Supervision and Regulation in the US (Prepared for the European Parliament's Committee on Economic and Monetary Affairs).

Internet; NBC News (national); The platform of the day that's going to get people's attention has to be pandemic policy, said Joseph Mason, professor of finance at Louisiana State University. The $2,000 per person makes complete sense. This is a pandemic. This is something very, very rare."

Mason also said that Harris' pledge to fight for social and racial justice has pandemic-specific ramifications, given that low-income and communities of color have been disproportionately hit by COVID-19. Democratizing access to a vaccine, when one becomes available, by insuring that low-income and essential workers are near the front of the queue could provide Harris with populist support and momentum for more wide-ranging health, safety and security initiatives, he said.

There's a tremendous opportunity to promote social unity in line with meaningful public health goals by making sure that grocery store workers, fast-food workers all these people who have been in touch with the public, toiling away to provide for their families can get it, Mason said. You're showing that there's not an elitism. That would be, to me, a tremendous public health and social initiative. You can leapfrog from that into health care access. ; 2020

Internet; NBC News (national); The Fed has relied heavily on the financial services industry to carry out the legwork of supporting borrowers during the COVID-19 pandemic.

There are very real concerns with regard to bank health in particular, especially the way they've been used for some of the lending programs. There are going to be some big write-downs associated with some of that, and the money has to come from somewhere, said Joseph Mason, a professor of finance at Louisiana State University.
For good or bad, and you have to keep the banks healthy enough play their role," Mason said.; 2020